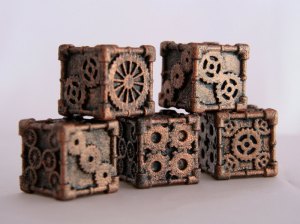 You’ve probably all known me long enough by now to know that I’m pretty much a dork on a multitude of levels. (For those of you who hadn’t picked up on that yet, check out any of these posts.) And so it was that, in the name of good dorky fun, I set out to create my own writing prompt generator! Whee!

So after kicking around the idea for a couple weeks, I had a list of a few features that I knew I wanted. I wanted it to have an element of randomness. I wanted it to deal with various parts of a story instead of just one. (So, it might prompt me on either setting or inciting action or characters, rather than just one of those things.) I also wanted it to be practically infinite- it wouldn’t be just cycling through the same handful of prompts every time. And despite all these things, I wanted it to be about as basic as I could make it. Because, as has been manifested many times in many ways, complicated things- mostly in the form of technology- frighten me. (For those of you who hadn’t picked up on that yet, check out any of these posts.)

And what could use randomness and be less complicated than a die? I considered using a d20, but didn’t want to do that much work (see point on basicness), so I stuck with the classic six-sided die. Everybody has a d6 laying around!

If you too would like to make your own random prompt generator, all you need is a die (or dice! You can do as many prompts as you want!), a writing utensil, a piece of paper, and your fantastic brain. And fantastic hands for writing with. And maybe a hard surface to write on as well. Anyway, you get the point. Dice, paper, pen.

Number one through six (or however many faces your die has). Then decide what elements you want your rolls to prompt you on. If you want this to be even simpler, you can do them all about characters, or settings, etc. I wanted to incorporate more than one element, so my list looked something like this:

(This really doesn’t have to be complicated. Skip this step entirely if you’d rather, and just write a bunch of random stuff. Because random!) After you know what topic you want each face of your die to represent, flesh it out a little further.

Think of a prompt regarding each element that is simple enough to make sense in just about every context with which you use it; is broad enough to be open to a variety of interpretations; and has the potential to be different each time it is applied. For example, here’s the generator I came up with:

I guess #2 is kind of Inciting Action/Character/SomethingElseEntirely, depending on what the headline is. But you get the point! Each prompt is designed to have the potential to be different each time, thereby making it (almost?) infinite. But they’re also each simple enough to be broadly applicable (can be used in nearly any situation you would typically find yourself in- might not work as well if you’re camping or in the middle of a global robotic takeover), and widely interpretive (can be understood in a variety of ways, thus adding to the number of possible stories being generated).

So after working all that out, the only thing left to do was to field test it.

I rolled a four! So I turned around in my seat and the first moving thing that I saw was a… raven! Darned things are everywhere! (At least this one wasn’t killing half my flock and then not even eating any of their remains besides just one of the heads. Seriously, raven, that’s creepy.) So I set about writing a short story from the POV of a raven. And here is the totally-unedited-don’t-judge-me-it’s-a-first-draft result! (Yes, I wrote this just before posting, haha. But I like it! Maybe worth cleaning up?)

All in all, this was fun. I don’t know how often I’ll use my little generator, but I felt more creative just after having made the thing. Got the writing juices flowing! Yummy! And most of the time, that’s all I really need. So, good job, writing prompt generator. I’ll keep you.

Let me know in the comments if you whipped up your own writing prompt generator! I’d love to hear about your prompts, or any stories that came of it. Happy writing!

“Self-care is not about self-indulgence, it’s about self-preservation.” -Audrey Lorde