I talked a few weeks ago about building tension (link here!), and one of the elements I mentioned was emotionally significant consequences. This element is also known as ‘stakes’.

So what are stakes? Stakes are what your character stands to lose or gain, or what forces your character to do The Thing and to stick with it through to the end instead of doing anything else. Stakes are closely tied to goals and motivations, so it’s very important that your character has them and that the reader is able to understand them. Even when protagonists are technically criminals or some brand of ‘bad guys’ (like the cast of Firefly, who are smugglers, thieves, and murderers, but we love them anyway), having understandable motivations can go a long way in making the reader care about the consequences of the story, and the outcome of the story.

On the other hand, even the goodest of guys cannot force you to care about a thing that they don’t give a used fig for. If your character has nothing meaningful at stake in a story, then it doesn’t really matter what they do. Why bother to go save the world when eating pork rinds and watching the Super Bowl is so much easier?

So how can we, as the writers of these stories, raise the stakes? How can we make sure that the things at stake matter to the characters, and by extension to our readers? And how can we craft stakes that will carry tension- and a reader’s interest- throughout the entire story?

There are multiple ways to do it, and which one you use will vary from story to story, with some stories even needing more than one type of stake. (And I’m sure this little list isn’t exhaustive, so if you have any good ones I failed to think up, please give a shout out in the comments section!)

Increase the Stakes You know those superhero stories where, in the first movie or book or whatever, the hero just has to save his classmates at prom? And then by the second one, the whole city’s in peril? And then aliens show up and then the whole world needs saving? The stakes increase each time. And it doesn’t need to just happen throughout a series. This can also apply within a single story. Maybe at the start of the story, the hero is just worried that his protective mom’s going to find out and ground him forever.  And then he’s worried that the villain will find out about his family and try to hurt them. It’s only by the very end, after juggling secrets and life and generally making a mess of both, that he has to save his whole school. Increasing the stakes- especially while dangling just a liiiiittle bit of peace and happiness in front of your main character before snatching it away- can keep tension high throughout a story.

Personalize the Stakes This one kind of takes the stakes in the opposite direction of the previous one. Instead of widening the stakes out bigger and bigger, try bringing them down into smaller, more personal pieces. Maybe your character doesn’t really want to go back in time to save the world from cyborgs, but it’s the only way to save that one friend that they lost along the way. Maybe your character doesn’t really want to save all of Chicago from the madman with a bomb; maybe they’re only in it because their daughter’s preschool is across the street from the detonation and that little girl means everything to them. Making stakes that a stranger doesn’t really care about that much, but that holds up the whole world for your character, can make for intense stakes.

Clash of the Stakes Most people have more than one motivator in life. Characters are the same. They’re not automatons programed to chase after one goal and not to care about anything else ever. So maybe your character devoutly adheres to a very strict religion, but gosh, they really want to watch a live event that happens right during church. What’s a body to do? Or maybe your character really wants to reconnect with his estranged father who deploys in two days, but a once-in-a-lifetime opportunity for his and his wife’s struggling business has arrived and must be acted upon immediately or it’s gone forever. What’s a body to do?? Make a character choose between love and honor, between loyalty and opportunity, between Goal A and Goal B, because, curse this awful universe, they just can’t have both.

A final thing to keep in mind while coming up with stakes for your character is the difference between selfish goals and selfless goals. If a character only has selfish goals, especially when those goals overshadow selfless goals, readers aren’t as likely to empathize with them, which means they won’t care as much about the events of the story. If a character has selfless goals they’re fighting for- something that’s important to a spouse, or trying to save a friend, or support a child, etc- that’s much more interesting, especially if it means having to sacrifice some of their own personal goals. (Side note: selfish goals aren’t always bad. Sometimes a character just wants to save their own marriage or prioritize their own happiness or something like that, and that’s okay. When I talk about selfish goals being hard to empathize with or disinteresting, I’m more talking about selfish goals that come at the detriment of someone else. Those are less fun to read in my opinion. I don’t really get revenge tales, y’know?)

How about you fine readers? Any other ideals for upping the stakes in a story? Let me know in the comments below! And until next week, happy writing! 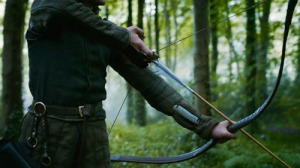 For this week’s blog post, I’d like to unpack just one sentence from Moritz Lehne and Stefan Koelsch’s paper, Toward a General Psychological Model of Tension and Suspense (which published in the Feb 2015 issue of Frontiers in Psychology): “…[T]ension experiences originate from states of conflict, instability, dissonance, or uncertainty that trigger predictive processes directed at future events of emotional significance.”

Isn’t that just the meatiest sentence? To get through this, let’s look at each of the key words and phrases: conflict, instability, and dissonance; uncertainty; and predictive processes and emotional significance. Then we’ll trot through a few examples about why each of these elements is important. (Science! Whee!)

Conflict, Instability, and Dissonance occur when the comfortable, homeostatic everyday of the character is interrupted. When people are struggling toward disparate goals, when something’s off, when things are crazy, it makes characters deeply uncomfortable, and they long for the peace and predictability they once enjoyed. This lays the groundwork for tension.

Uncertainty This aspect of tension usually arises in the form of an unanswered question (or series of related questions) that a character really wants answered. Who pulled the trigger? When will the bomb go off? Why are all the wallabies disappearing? What will happen when the boss finds out? Will I get away with stealing my husband’s last cookie while he was out skiing this morning? The experience of tension resolves when all pertinent questions are answered.

Predictive Processes and Emotional Significance Anticipation and expectations are huge in creating tension, especially when geared toward things that matter deeply to the characters. Tension is the highest when anticipated outcomes vary greatly between really good outcomes, which trigger hope, and really bad ones, which trigger fear. (These scenes are tenser than scenes with outcomes that are more neutral.) Character- and reader- expectations can either be validated (yay, you were right) or violated (surprise, you were wrong!).

These things together create a longing for resolution, and drag tension along until the situation is resolved one way or the other. To help clarify how each of these elements is important, let’s look at a few examples.

My husband had a friend in college who later married and had one son. She doted on this baby constantly, giving him everything he wanted and making certain he never got so much as a scratch on him. She never left him with a babysitter, hardly got any sleep, and couldn’t bear to let him cry for even a moment. She sounds like a typical helicopter mom spoiling her kid rotten, right? Not a lot of tension there.

Not quite. To simplify greatly, for medical reasons, if this child cried too hard, his respiratory system would malfunction, resulting quickly in permanent brain damage or death. This one fact- involving predictive processes and emotional significance- changes the situation from that of a helicopter mother of a spoiled only child to that of a harried young woman fighting desperately to keep her son alive.

It works the other way around too. Rockfish regularly experience conflict, but their inability to anticipate, to dread, to long for resolution to the conflict, makes them unable to experience tension in the way that people do. (Likewise, a fish wouldn’t be excited about an upcoming event either, unlike my kids when my husband and I start chatting about what we might have for dessert. SO MUCH TENSION.) To use another example, if you remove just the emotional significance of a situation, the tension isn’t there- because if the character doesn’t care whether or not they win the Baron Brownie’s Bread Baking Bonanza, then why should readers? Or maybe they do care, but are one-hundred-percent going to win because they’re the only entrant; in that case, there is no uncertainty in the situation, and therefore no tension. Removing any one of these aspects removes the tension, or at least weakens it greatly. You as the writer would have to ramp up the tension in some other place in some other way using all these aspects.

A final element I’d like to mention that isn’t in our above sentence (but does come up later in the paper) is control: If your character is wallowing in all this conflict, but has complete control over the situation, they’re not a person I want to hang out with for an entire book. It is the lack of control on the part of some significant character in the scene that makes it so tense. To go back to the sick baby example above, it would change the situation profoundly if the mother could easily make her son well, but chose to keep him sick. There might still be tension in the situation, but it shifts our sympathies away from the mother, making her the villain rather than the hero. (This lack of control is often most apparent when the character is trying their darnedest to exert control through actions that just keep digging them deeper and deeper in trouble.)

When writing a scene (or heck, a whole book), try using each of these elements to ramp up the tension. And if you want to dig a little deeper into the psychology of all this, read the full article, which was suuuuuper interesting and contains way more than I had the room to discuss, right HERE. You’ll feel like you’re in college again! Whee!

Until next time, happy writing!

“Self-care is not about self-indulgence, it’s about self-preservation.” -Audrey Lorde